Story: Abandoned when he was not even a month old, Mysteq was abanded in the forests of Asia. Wolves, instead of eating him, took him, to be one of there children. He learned quickly, the savage ways of the wolf. He befriended panda bears. Then, one day, Animal Control spotted Mysteq. They took him from his wolf fsmily while they were all sleeping. When Mysteq woke up, he began an outrage. When he was calmed down(6 days, 9 hours, and 20 minutes later) they put him in wrestling. They tried to teach him English, but he refused. He just wouldn't learn English, but his debut match-up was within an hour, and he had a segment where he spoke, but he simply refused. He beat the champion in under 2 minutes. The federation made him the new champion, and J Mysteq has been pwning noobs ever since. 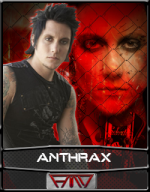