1: a deserter from one faith, cause, or allegiance to another
2: an individual who rejects lawful or conventional behavior

Naven X AKA The Renegade

Attitude: A beast
Plays by his own rules
Never backs down
FACE/HEEL when ready
Hates to Love,Loves to Hate
Loves the Fans
Exteme in a First Blood Match(favorite match)
Finishers,taunts,and trademarks

The Renegade is the most anticipated wrestler in the business. His actions speaks louder than words as he faces countless competitors in the ring. His abilities in the ring is nothing but great and is in a climb to be in the top of the business and become a champion.His hard work and dediction is the motto for this young wrestler and he makes sure he keeps it.He has seen and done many things in the past and he uses it as his strength for greatness. His career will be incredible for years and years to come. Adopted son of Legendary wrestler Chris "Action" Jackson,He was born in Kiatara also known as "The land of Eternal Light as a orphan living in the shadows of his childhood...Later at the age of 15 he joined the elite military force called S.O.L.D.I.E.R in which he became 2nd Lieutenant by the age of 17. He dissapeered for two years in the FUJI Mountains due to a mission at which he killed 40 men at one time and then was shot six times...he survived. He returned to his homeland and changed his name from Nicholas Zack Raven to Naven X and has been known now and always as the Renegade. During his career, Naven was temporarily trained by Legendary wrestler T-Wolf in GWA, he has become a Nova champion and has fought with the best in the business during its final days, Now in his new home PWA (Phoenix Wrestling Alliance) he has began a world of terror as he created the infamous stable Nemesis with memebers EOA, Ceberus Thorn and Methias White, Sarena White, max calvavera and Sparda which led to him to become the first ever PWA Burning Star Champion.. His life changing experience led him to be what he wanted to do...becoming one of the best in the world.Next he had found a home in what is know known as Archetype Wrestling led by Phenom the Vampire Lord. While there, Naven Xbrought in and mentored Vivica Lockhart, who he trained and created the team SEEK AND DESTORY, but later betrayed durind a tag match which ended the team Later,he and phenom had one of the best feuds which lasted for a year at ATW's FREEDOM OR FIRE II which ended in Phenom's favor but was known as one of the best matches ever in ATW...later he teamed up with Defjam and formed the the team DNX and which they won the ATW Double Helix Tag Team Championship from "The Killaz" Crimson Wrath and Disturbed Demon, now he is making his way to a new goal..ShowTime Wrestling and He is now reaching his goal in to becoming one of the best ever. There he has teamed up with Friendly Rival AnthraX and created the "SIN CITY SAINTS" later the Saints went on to win the STW Tag Team Championship.Later, they departed from STW ( as still tag champions) and Went back to the Returning Archetype Wrestling aka ATW 2.0. He bears A scar in a shape of an X in his left cheek which is his mark of destiny because to him he feels that he will become one with destiny and the whole world will know. By the end of his career he will be known forever as The One,The Only, The Renegade. I'm the One~ Static X

_________________
I'm a professional online casinos player. Mostly i play on the phone. My favorite game is blackjack.
Here is the site with selection of the best Android blackjack games. 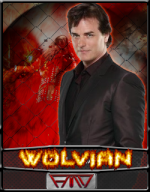 Season One Most Improved Wrestler Of The Season