when he was a kid he got into the WWF/WWE stuff so him and his friends would wrestle. He Would be the power house. So when he got out of high school he went straight to a few small wrestling Then his carrer really took off when he joined GWA and made a impact after that shut down he was job-less but now a new part of his life is now begining 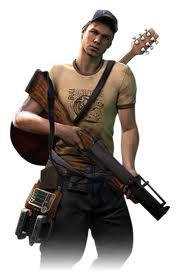 _________________
I'm a professional online casinos player. Mostly i play on the phone. My favorite game is blackjack.
Here is the site with selection of the best Android blackjack games.